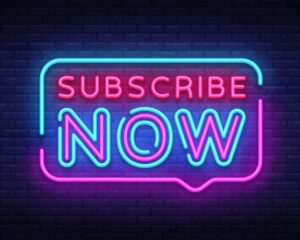 Zuora is a subscription management software company that’s been around since Bush was President — founded in 2007, three years before Stripe and five years before Steelbrick. In addition to its head start in the niche world of subscription management and billing, Zuora has a good pedigree, with a Founder/CEO, Tien Tzuo, who was employee #11 at Salesforce, serving as CMO and Chief Strategy Officer in its heydey of growth (1999 – 2007). Tzuo felt many of the pains in trying to run Salesforce on Salesforce that other subscription companies did, and he decided to do something about it.

Subscriptions aren’t just for software companies and have been around for a long time (think newspapers and insurance). They’re a living/breathing thing that’s especially hard to manage in a multi-product and self-service world where people don’t wait until their renewal to make changes, and companies constantly want to sell, upsell, cross-sell, and discount things in new and creative ways to promote their products and support their customers across channels — actions that create anomalies and data challenges left and right.

Zuora seemed prime for massive success…so why is it that this company that seemed destined for greatness in an exploding industry is doing just ok compared to its peers, coasting around a $2B market cap while newer competitors like Stripe are worth $100B+ and are growing faster with more scale? Facing additional pressure, Salesforce, a key ecosystem partner, has turned its 2015 $300M Steelbrick acquisition into a major player competing directly with Zuora and likely already far surpassing it in adoption.

By the mid-2010s, Zuora was known to have a pretty slick sales pitch and I’ve worked at two companies that have purchased its products. It’s been fun to watch their journey as a company and vendor. I have to hand it to their sales team, they do an excellent job selling into the back-office (go figure, they have budget), where they solve many problems for the modern SaaS CFO — problems that are unfortunately solved at the expense of the overhead that the platform brings.

Zuora tends to sell to enterprise companies and puts a lot of weight on system administrators, implementation consultants, developers, and an order management team — and has a host of products that are useful, but are often huge upsells with complex implementations. It’s a platform where everything is technically customizable and configurable, but nothing is pre-packaged or ready to go out-of-the-box even for the simplest of use cases, and mandatory implementation consultants are used as a crutch.

Stripe, on the other hand, works out of the box to the developer (its key persona that it obsesses over) and has nailed its user experience in being at the same time both technical and simple to the point of being considered elegant to all but the CFO and Controller. It’s easy to see why Zuora was left in the dust, especially considering its pricing model, which takes a percentage of revenue, and its less-than-straightforward implementation process, both of which put the company at odds with the same CFO they sold to so well.

All that said, I own shares of Zuora and believe in its future in one form or another. It’s one of the only pure-play subscription management companies out there, which is an industry I believe will grow exponentially in the next 10 years given fundamental changes in consumer behavior and the lifetime value that even a small subscription creates to a business. Zuora has also seen success in certain verticals without doing much to customize its product for them which is exciting.

One of the most interesting and tantalizing aspects of its potential to me as a shareholder is its current capital structure and financial performance, which reflects a lack of confidence in its own business model. The company is cashflow neutral (a positive rarity for a SaaS company of its size), growing at 15% (slow for its size), doing $300M in annual recurring revenue at a solid almost-100% dollar retention. I believe its valuation suffers because it’s neither considered a growth company nor a cashflow positive well-established company, but is stuck somewhere in between, in limbo. Investors, like its customers, have no idea what to make of it and its future but want to believe in it because it kind-of-works and has a vision that’s easy to get behind. If Zuora knew how to grow its sales reliably and efficiently, it would make those investments and sacrifice profitability for growth, which today’s market would reward it for handsomely, but instead, it seems paralyzed and keeps chugging along, becoming more self-reliant but also less prominent every day.

The worst-case scenario to me as an investor is still a win. One of many potential suitors (eg. Microsoft, SAP, Oracle, Salesforce, or Stripe) could pay a premium to acquire the powerful platform, 1k great and sticky Enterprise customers, and $300M worth of cashflow neutral ARR off the public market to pump their own growth rates with, along with their ability to cross-sell products with its customer base. I could easily see a $3.5-4B acquisition happening this year that would be fair to both parties, as Zuora would enter the negotiations in a position of relative strength since it doesn’t need cash or a sale to carry on with its aspirations.

The best-case scenario is that Zuora stays independent and claims its rightful throne in the Cloud, which is also much more fun and exciting to think about, especially at a time when they’ve just brought in (another) new Chief Product Officer.

If I were the Zuora leadership team, I would:

(1) Start Selling Solutions instead of a dream. 14 years in, there’s no excuse for not being able to take a customer live selling a handful of simple subscription products in a week instead of three months. They should be able to do it themselves and it should be as frictionless as answering a questionnaire around how your business sells things and what your finance, accounting, and operations teams’ requirements are.

Beyond simplifying go-live, customize the platform for a handful of verticals where there’s traction by templatizing an implementation from the start and delivering key metrics, data, and reporting that vertical companies care about.

(2) Stop charging customers for training. It’s mind-boggling to me that a company with a product that it knows is hellish to implement charges thousands of dollars for access to a seat of training resources. They’re punishing people who they should be courting as potential evangelists….sorry for man-splaining how subscription customer success works to Zuora, but I can’t resist! Don’t put up unnecessary barriers trying to squeeze more money out of the people stuck trying to figure out your software, which doesn’t explain itself.

(3) Open up and simplify APIs using Stripe as a template of what to aim for. Give developers self-service free test environments without talking to a six-legged sales team and a Regional VP.

(4) Better-align Pricing with Value and focus on vertical-based pricing that, for example, includes an easy way for a new SaaS startup with scale in mind to buy a slimmed-down version of the product (which dovetails with #1 and #3), setting them up to become an Enterprise customer of the future.  Zuora’s attitude needs to change from “we allow companies to start small” to “we obsess over making small customers successful via self-service.” Their Enterprise Account Executives might hate them in the beginning, but they’ll come to realize that strategy will make things better for everyone.

Bonus: Take a leaf out of Profitwell’s book (they built ‘the Robinhood of SaaS analytics’ for Stripe that’s easy to use and delivers value instantly). It would be guaranteed to make the CFO very happy.

Should SaaS Business Operations be Centralized? 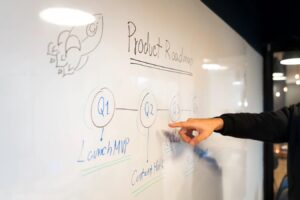 Since business operations stakeholders typically represent most departments within an organization, as a company grows, it’s natural to question and re-question how to structure your team and efforts. Sales, marketing, customer success, product, and finance are often groups with very different and sometimes conflicting agendas and timelines. For example, early on, sales might want to sell a deal that involves customizing a product and structuring a multi-year deal to suit a specific customer’s needs — while finance and accounting teams are frantically googling revenue recognition rules and are figuring out when the right time is to make the product team stop innovating and start implementing a sophisticated sales tax solution.

Ops teams are often stuck in the middle, trying to bring order to chaos and move things forward. An axiom that I try to live by at this stage is to be bold where appropriate and to try to avoid uninspired compromises, especially in architectural decisions. In order to do that, communication and transparent prioritization and backlog grooming are critical. A good business operations team can rise above system administration, and articulate a clear plan to enable go-to-market teams to achieve their goals, or sometimes just help to set some together. A monthly stakeholder meeting is a good format and cadence to drive an agenda.

The earlier your company is in its go-to-market efforts, the more oriented your business operations team will (and should) be towards sales. Early on, there typically isn’t a separate sales ops function, and companies often make their first dedicated business ops hire. The CRM and marketing automation design decisions that get made need to be thoughtful and should try to toe the line between iterating quickly and building for scale. I would argue that centralization at this stage is critical since things are moving quickly and the customer journey needs to be stitched together (sometimes with duct-tape) by people who understand its daily evolution.

Given that contradictory agendas between departments tend to grow along with the business, there comes a time when sales, marketing, and finance all want their own operational hires solely dedicated to their function. There isn’t a one-size-fits-all answer as to whether that’s the right decision, but if a department is advocating for its own ops hire, it’s crucial that the department leader articulate why that decision is being made, and to pre-negotiate what that new hire’s relationship will be with both groups ahead of the interview process. It might seem obvious, but the interview process should include the centralized ops leader who is in a position to qualify the candidate technically and is someone they will need to have a strong relationship with. Expectation setting is so important, for your new hire and for the department from whom you’re asking to hand over the virtual keys.

The biggest mistake that a company can make is to decentralize operations as a way of consoling a department leader who wants to ‘go rogue’ or because lines of communication are fractured between groups. What might look like a way to appease everyone in the short-term might actually be setting yourself up for failure. With good expectation setting, dotted-line reporting can also work very well, where a departmental ops hire still attends centralized operations team meetings and holds a weekly 1:1 with a point person on the dedicated ops team.